Wish You Were Here...Washington, DC - Our Nation's Capital Click Thru to View Series

Wish You Were Here! Since we can't be there in person, we've put together this "Armchair Travelers" series so you can enjoy these favorite destinations from the comfort of your home. Click Thru to View is a fun and easy way to feel like you escaped on an armchair vacation! Simply click on any of the blue links for more detailed information or click on the videos.

Enjoy the fourth in our series: Washington, DC

“George Washington, as a boy, was ignorant of the commonest accomplishments of youth. He could not even lie.” Mark Twain. I will not lie to you, we miss being on the road travelling! Lucky for us, the couch coach will whisk our armchair travelers away on another virtual adventure!

The Capital of the United States of America, Washington D.C. is located on the Potomac River, bordering Maryland and Virginia and with the signing of the Residence Act on July 16, 1790, the capital district was created. Shortly thereafter, George Washington commissioned Peter Charles L’Enfant ( a French engineer who served in the Continental Army during the American Revolution) to develop an urban plan for D.C. and thus the L'Enfant Plan was created. The plan called for two main buildings, “Congress House” (the U.S. Capitol) and the “President's House” (White House) with streets laid out in a grid formation.

The famous cherry trees that blossom in the spring didn’t come until 1912 when the Japanese gifted 3,000 cherry trees to then President Taft and the USA. Every spring, visitors flock to Washington D.C. to see these trees in bloom. There is a festival in their honor, but Mother Nature never guarantees an actual date when the blossoms bloom. Those lucky enough to hit the timing right are treated to that sweet time between blooming, when the petals form a pink canopy and when the petals fall and form carpets of pink. The petals, traditional symbols of human transience, hope and power, stress that life is brief and urge us to live every moment fully. Closer to home and on a much smaller scale, visit New Haven’s historic Wooster Square in springtime to see the cherry trees in bloom. Or a journey to Norwich Free Academy in Norwich, CT in springtime you can see their magnificent collection of cherry trees in bloom.

With hundreds of monuments and memorials, it is hard to decide what to see first. How lucky are we that in this digital age we can visit as many as we like via the internet in the comfort and safety of our homes until we can be there in person! Let’s head over to “America's Front Yard”, the National Mall. Centrally located and stretching over 2 miles from the Lincoln Memorial on the west end to the domed U.S. Capitol on the east end, the National Mall is America’s most visited national park. Here, the past, present and future come together. The Mall is home to iconic monuments, but has also served as the stage for iconic movements and speeches, a place where people gather to have their voices heard. When it comes to Hollywood and the movies, the Mall has had many starring roles. If you’ve seen the movie “Forrest Gump” the Mall played a pivotal role in the movie when Forrest and Jenny reunite. 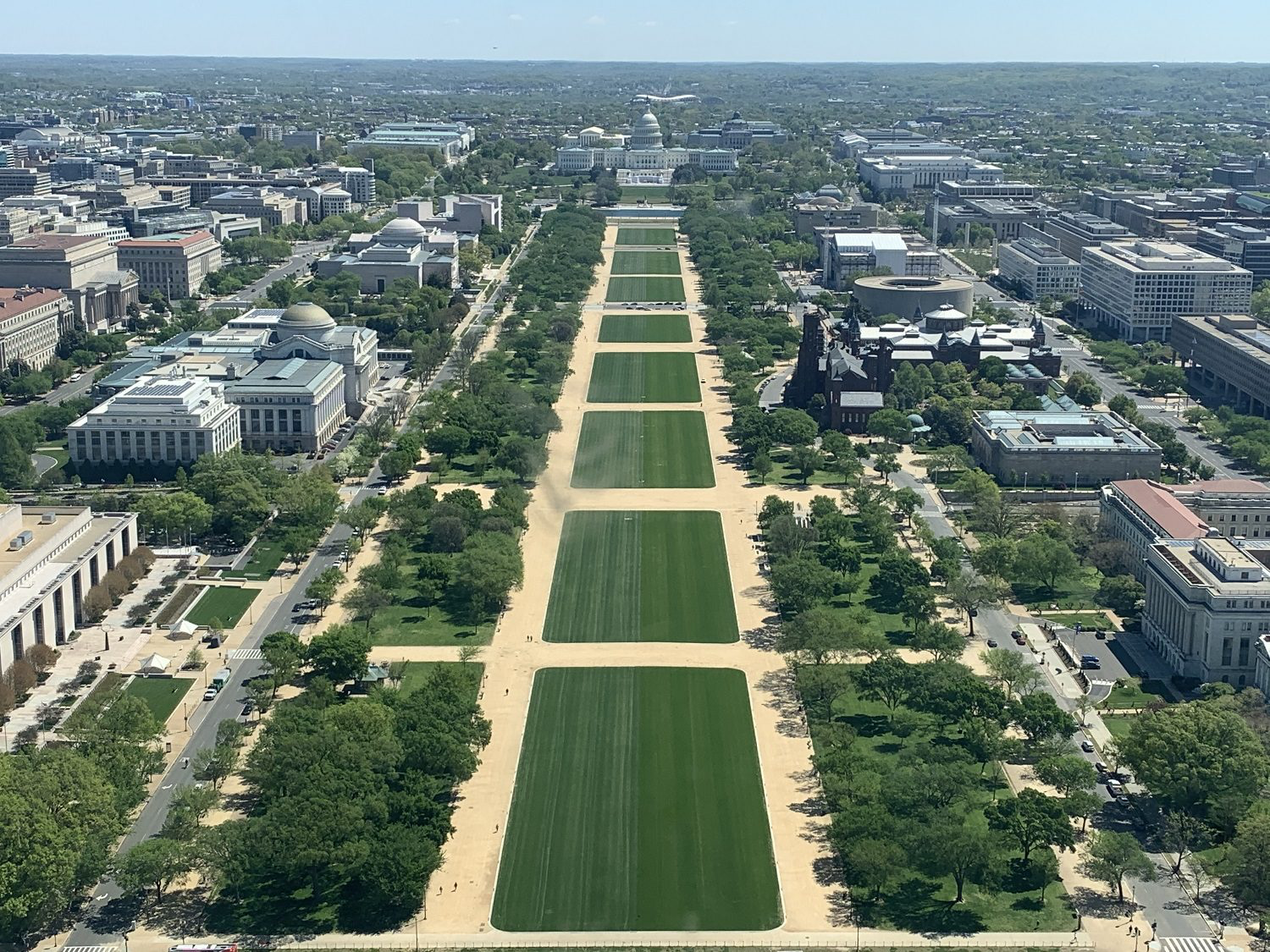 Flanking the Mall is “America’s Attic”, the Smithsonian Museums. There are eleven museums and galleries on the National Mall, including the Air and Space Museum, American Indian Museum, African Art Museum and the National History Museum, all admission free!

After a day spent immersed in historical monuments and museums, wander the historic and charming Georgetown neighborhood. Here the past meets the present and visitors can browse top shops, dine at over 100 restaurants, or tour historic 18th and 19th century mansions. In Georgetown you can see the one time homes of JFK and Julia Child. After all the walking today, a treat from the famous Georgetown Cupcakes is in order! 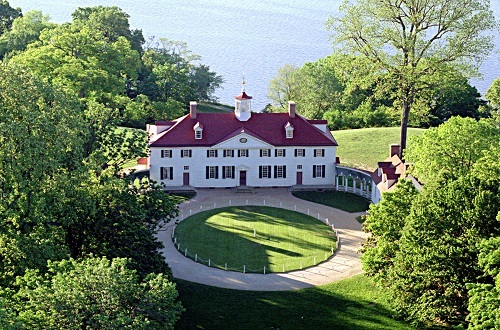 In the movie National Treasure: Book of Secrets, Mount Vernon is featured in one of the most critical scenes in the film. Although the scene lasts only ten minutes, filming took place on location for a week.

The gardens at Mount Vernon were redesigned by President Washington in the less formal, more naturalistic style of 18th century English landscape designer Batty Langley. You can stroll the same garden paths where George and Martha took their evening constitutionals amongst the bountiful offerings of fruits and vegetables and all manner of flowering plants. For the garden lovers, closer to home Connecticut has many wonderful opportunities to explore beautiful landscaped gardens. Hollister House garden, located in Washington, CT in the Litchfield hills, is a classic garden in the English manner and is one such garden you can visit locally.

Back in D.C. and after the sun sets, it is time to venture out to the Mall to view the monuments by moonlight. The magnificent memorials are lit up at night and open for viewing 24 hours a day. 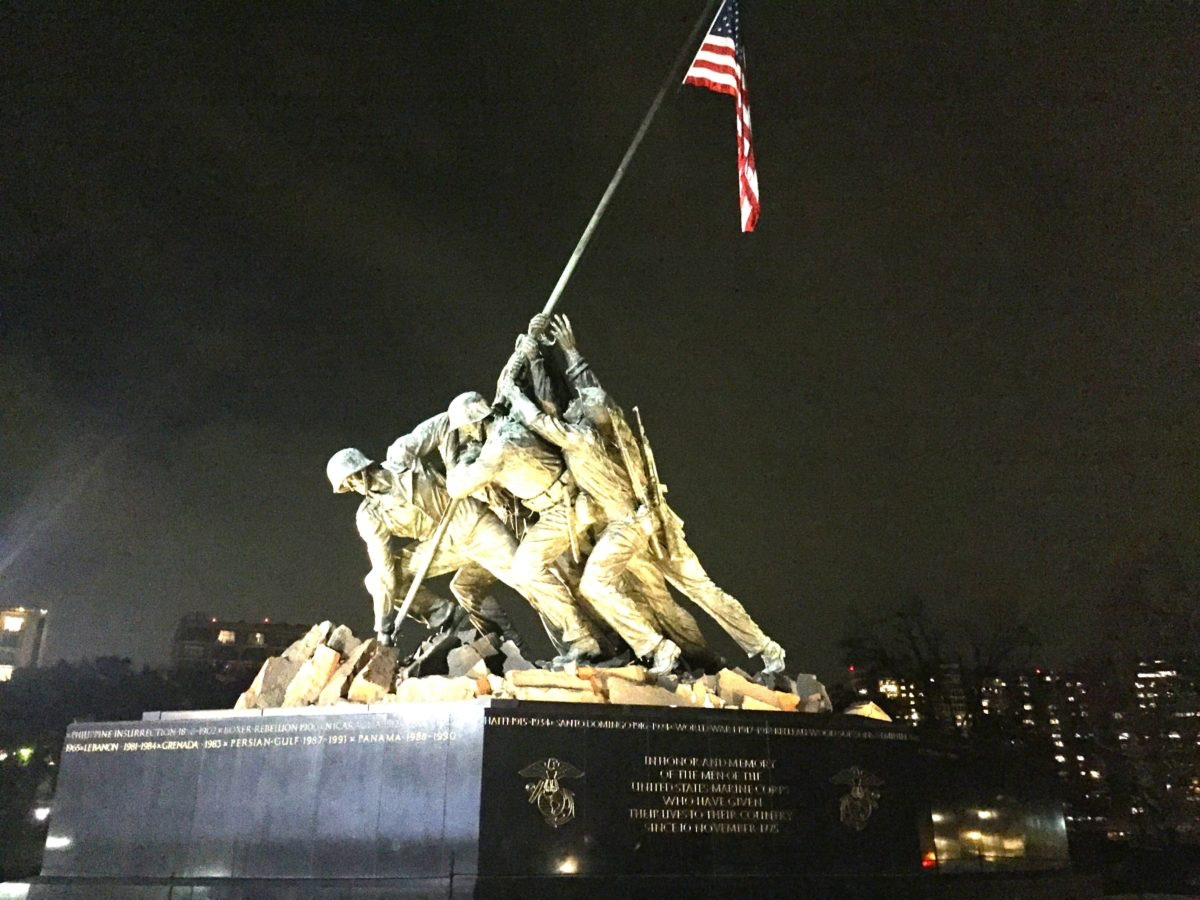 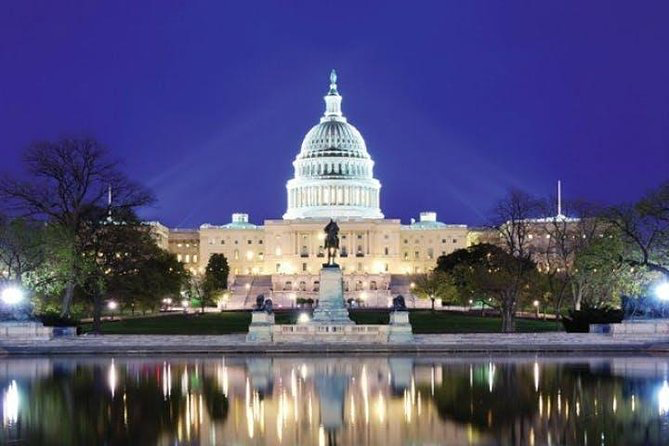 We depart Washington D. C. and head across the Potomac River to visit Arlington National Cemetery. This national cemetery was established during the Civil War for the specific purpose of burying those who lost their lives serving our country. Among the notables buried here are two U.S. Presidents; William Howard Taft and John F. Kennedy. It is here, standing on a sloping hillside with views of the Lincoln Memorial, Washington Monument and U.S. Capitol that Kennedy said, “I could stay here forever.” Wanting her husband's final resting place accessible to the public, First Lady Jacqueline Kennedy chose Arlington National Cemetery. The plot, located on the hillside below Arlington House, is near where Kennedy said he could stay “forever”.

Arlington National Cemetery is also home to the Tomb of the Unknown Soldier. Twenty four hours a day, soldiers from the 3rd U.S. Infantry Regiment, known as “The Old Guard” stand watch over the Tomb. The Changing of the Guard ceremony happens every hour or half hour, depending on the time of the year. The Tomb Guard marches exactly 21 steps down the black mat behind the Tomb, turns, faces east for 21 seconds, turns and faces north for 21 seconds, then takes 21 steps down the mat and repeats the process. The number 21 symbolizes the highest military honor that can be bestowed, the 21 gun salute. The Sentinel then executes a sharp “shoulder-arms” movement to place the weapon on the shoulder closest to the visitors, signifying that he or she stands between the Tomb and any possible threat. 24 hours a day, 365 days a year, regardless of the weather, there is always a Sentinel guarding the tomb.