Wish You Were Here...The Amish Country, Lancaster, PA Click Thru to View Series

Wish You Were Here! We've put together this "Armchair Travelers" series so you can enjoy these favorite destinations from the comfort of your home. Click Thru to View is a fun and easy way to feel like you escaped on an armchair vacation! Simply click on any of the blue links for more detailed information or click on the videos.

Enjoy the sixth in our series: The Amish Country, Lancaster, PA.

Are you ready to get out on the road? Join us on our trip to the Amish Country, August 4-6, 2021. Click here for trip information.

Armchair travelers, hitch up your buggy and join us on a virtual tour to the heart of Amish Country… Lancaster, Pennsylvania!

Located in south central Pennsylvania, Lancaster is one of the oldest inland towns in the United States and is steeped in history. As part of Penn’s Woods Charter of William Penn, it was named after the English City of Lancaster and its symbol is the red rose from the House of Lancaster. Ironically, this English named town served as the capital of the United States for one day on September 27, 1777, during the American Revolution. It also served as the capital of Pennsylvania from 1799-1812. However, Lancaster is best known for being the heart of Amish country and attracts visitors longing to experience a simpler way of life via the Amish. The Pennsylvania Amish country is a bucolic landscape of rolling hills with lush grasses and crops, farms with windmills dotting the horizon and horse and buggies sharing the road. 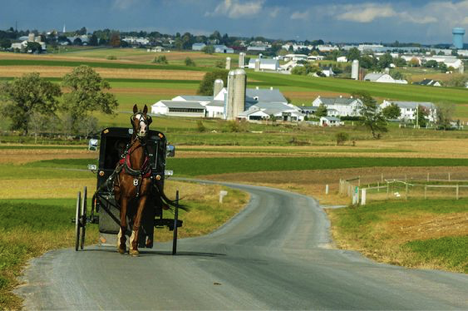 The story of the Pennsylvania Amish community dates back to the 16th century Reformation in Europe. During this time the Anabaptist movement spurred the creation of three “plain” communities: the Amish, Mennonites and Brethren. Although the three have similarities, the Amish are the most conservative, with the emphasis on humility, family, community and the separation from the non-Amish world. To escape persecution in Europe for their Anabaptist belief, the Amish settled in Pennsylvania as part of William Penn’s “holy experiment” of religious tolerance.

The hallmark of Amish beliefs is humility. Members are encouraged to surrender personal aspirations for the sake of community purity and to preserve the Amish identity. Their ideals are maintained by keeping all work, play, worship, commerce and friendship within the Amish community. Although they resist cultural influences, they do compromise and are willing to use modern technology to live, work and communicate. They adopt these technologies as long as they do not disrupt family and community stability.

As we journey to Lancaster we are sure to spot a covered bridge. With 29 covered bridges in Lancaster County alone, Pennsylvania is recognized as the birthplace of the covered bridge. These bridges dot the landscape and much like the Amish horse and buggy, they are one of the most notable features of Amish country.

As always, history and travel makes us hungry! As luck would have it, Amish country is well known for their delicious baked goods, as a stop at Bird-In-Hand Bakery will prove. The recipes, which have been passed down for generations, emphasize simplicity, resourcefulness and thriftiness. What makes the Amish baked goods so good? It’s a combination of real farm fresh butter, always from scratch, always from real ingredients and making it by hand and with care. The must try baked goods at the top of the list is Shoofly Pie. Made of molasses, Shoofly Pie is like a crumb cake baked inside a pie. There are many stories about the origin of Shoofly Pie's name, but the main one claims it came from a famous mule that traveled through Dutch Country.

With our sweet tooth satiated, we will check into the Comfort Suites Lancaster before heading out for dinner at the historic Mount Hope Estate and Vineyard, followed by an improv comedy show. This no script show will leave you laughing as we end our first day in Lancaster. 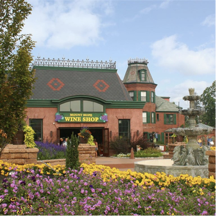 Kitchen Kettle Village is a walkable village of local cooks, quilters and shopkeepers. As part of the Village Insider experience we will get up close and personal with a hands on experience. A scavenger hunt through the village fills our goodie bags with treats to remember our time here.

After the morning wandering the Kitchen Kettle Village, we will head over to one of the nations top three theatre destinations, Sight & Sound Theatre. This family owned theatre began with a dairy farmer, his wife, a few slide projectors, a passion for creativity and a desire to serve God. The stories they bring to life on stage are taken from the pages of Scripture. Every detail of the productions are meticulously attended to, from handcrafted costumes and the great staging of magnificent sets to the original, sweeping scores. Every show is an epic experience.

The 2020-2021 production of Queen Esther is a brand new show. The opulent yet perilous Persian Empire is the backdrop for the story of beauty and bravery. Queen Esther’s ordinary life is forever changed as she enters the world of royalty and risk. Can she find the courage to trust God’s plan and believe she was made for such a time as this? 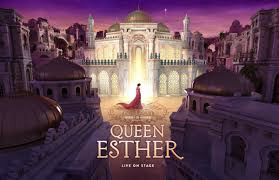 The show has filled our eyes and ears and our hearts and souls, now on to a smorgasbord to fill our bellies! Smorgasbord, as defined by Merriam-Webster, “a luncheon or supper buffet offering a variety of foods and dishes”. Originating in Sweden, smorgasbord became internationally known at the 1939 New York World’s Fair when it was offered at the Swedish Pavilion Three Crowns Restaurant. At Millers Smorgasbord, we will enjoy a dinner smorgasbord rich with dishes created from scratch. Millers uses fruits and vegetables sourced from their Amish farm neighbors.

You can’t visit Lancaster without seeing a farm. Quite literally, as there are 5,462 farms totally 425,336 acres of farmland! That amounts to 68% of the land being farmed. Farmland and culture are the primary reasons that 7 million tourists spend 1.6 billion per year in Lancaster. More than 99% of these farms are family owned. Today we visit Old Windmill Farm and learn about where our food comes from and the hard work that it takes to run a farm. We’ll tour their gardens and sample foods that are in season. No trip to the farm is complete without meeting the animals. At Old Windmill Farm we’ll see mules, pigs, chicken, cows and more. The farmer will take us for their daily chores such as bottle feeding the baby calves, milking the cows and collecting eggs. 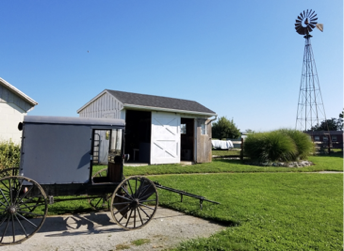 Living in Connecticut, we are no strangers to farms. A visit to family owned Thorncrest Farm in Goshen you can visit their milking cows who produce the milk used in their decadent, creative, on-of-a-kind chocolates, handcrafted on site.

After all that farming, it’s time sit back and relax with a scenic tour of the countryside aboard the Strasburg Railroad. Noted as America’s oldest operating railroad, dating back to 1832, it was first used for passenger and freight transportation. On the verge of abandonment in 1958, the railroad was salvaged and given new life as a tourist railroad.

As we travel home to Connecticut, a stop in Lititz for a visit to the Julius Sturgis Pretzel Bakery will treat us to a Dutch classic hand twisted soft pretzel. We’ll see how they make these pretzels and learn the history of Julius Sturgis. You are sure to want to bring a few for the ride home!

A stop in Philadelphia’s Museum of the American Revolution educates it’s visitors on the War of Independence, from the early stirrings of unrest in Boston through the signing of the Declaration of Independence. The museum’s core exhibition explores the ideas, events and legacies of America’s revolutionary beginnings.

Now there are several things Philadelphia is known for…the Liberty Bell, Independence Hall, the iconic steps of the Philadelphia Museum of Art immortalized by Sylvester Stallone’s triumphant run in “Rocky”. But the Philly Cheesesteak is one thing we can wrap our hands around! A short walk from the Museum of American Revolution you can choose between Sonny's Cheesesteak or Campo's Cheesesteak. Wherever you choose, you’ll enjoy thinly sliced pieces of beefsteak, smothered in melted cheese and served on a hoagie roll.

Suffice to say, our trip to Lancaster will fill our minds, hearts, souls and stomachs. Until we can travel there together, we hope you’ve enjoyed your virtual tour of Lancaster, PA and Amish country.

Want to experience the real thing? Join us on our motoroach tour August 4-6, 2021!